When the Biden administration announced in August 2022 that it was canceling up to $20,000 in student loan debt per borrower, it said the idea was to provide families with “breathing room as they prepare to start repaying loans after the economic crisis brought on by the pandemic.” But two federal courts recently blocked President Joe Biden’s student loan relief program, ruling it unconstitutional. Here, William Chittenden, a professor of finance at Texas State University, explains why and what’s next for student loan borrowers still hopeful that their loans can be forgiven.

It was found to be unconstitutional. That determination was made on Nov. 10, 2022, by Judge Mark Pittman of the U.S. District Court of Northern Texas, who ruled that the Higher Education Relief Opportunities for Students Act of 2003 – or Heroes Act – “does not provide the executive branch clear congressional authorization” for a student loan forgiveness program. He said further that the program was “an unconstitutional exercise of Congress’s legislative power and must be vacated.”

The judge’s ruling prevents any student loans from being forgiven “until a final verdict is made” in the case. Technically it could go to the Supreme Court, but it may also be settled at the appellate court level.

In a separate case, on Nov. 14, a three-judge panel with the United States Court of Appeals for the 8th Circuit temporarily blocked the program until the case is resolved in court. The 8th Circuit covers seven states, including Missouri, which is one of several Republican-led states seeking to block the program.

Both rulings effectively block Biden’s plan to forgive up to $20,000 in student loans per borrower. 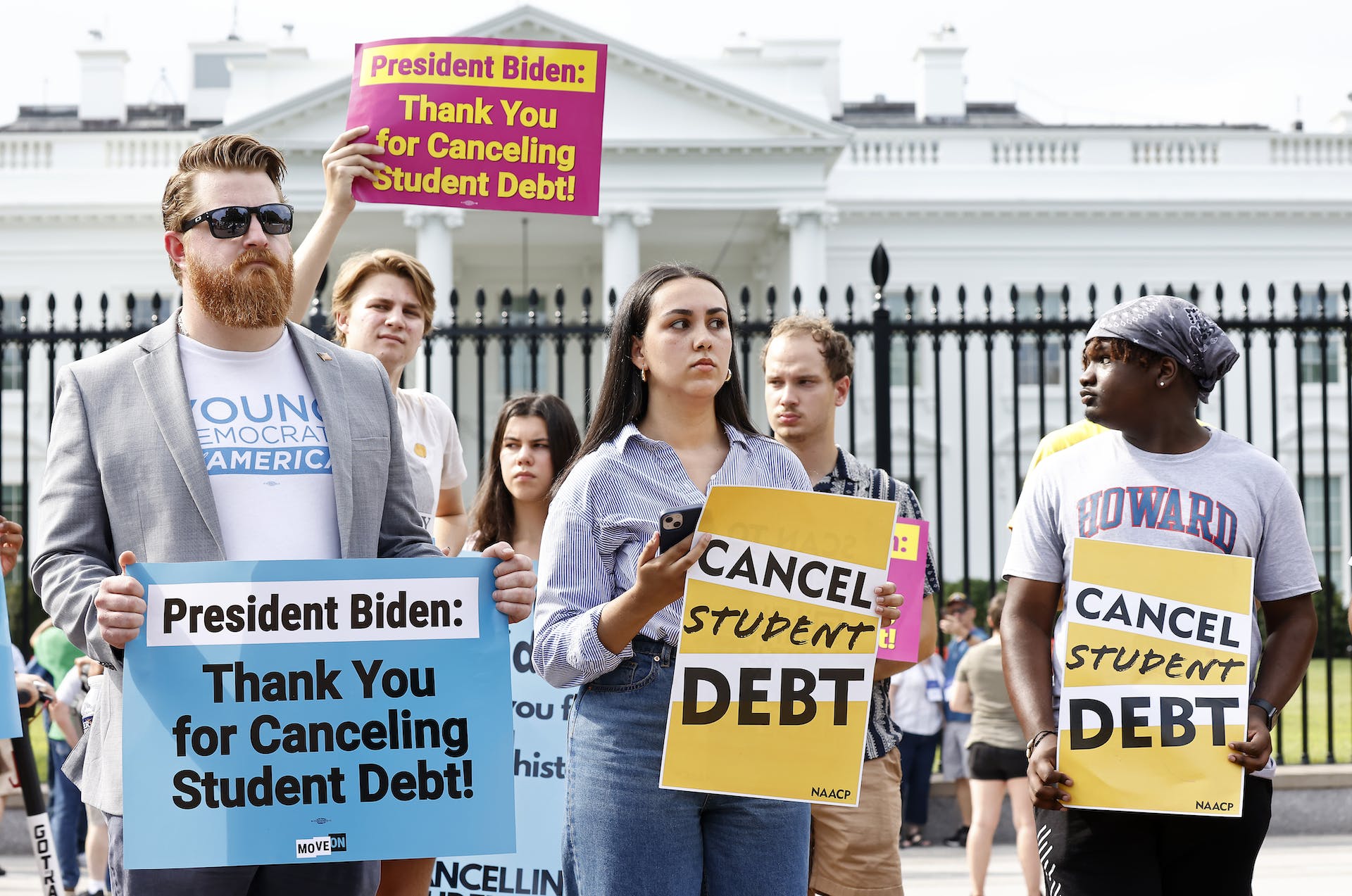 Questions remain about whether President Joe Biden has the authority to cancel student loan debt. Paul Morigi via Getty Images

Both court decisions could be reversed. The Biden administration has argued that the Heroes Act of 2003 allows the Secretary of Education to forgive student loans for those affected by the pandemic.

The Biden administration has already filed a notice to appeal the Nov. 10 ruling by Pittman.

On Nov, 18, the Biden administration asked the Supreme Court to vacate the order by the Court of Appeals blocking student loan forgiveness. The Supreme Court has asked the plaintiffs in the case to provide their response by Nov. 23, 2022.

It is unclear how the full court might rule. However, in two previous instances, Justice Amy Coney Barrett has shot down attempts to block the student loan forgiveness plan.

3. What kind of relief can student loan borrowers get in the meantime?

Currently, student loan payments are paused but are scheduled to start again in January 2023. The Biden administration could extend the payment pause beyond December 2022. However, in August 2022 – when the most recent payment pause extension was announced – the White House stated that it was supposed to be the final extension.

Despite the setback for widespread student loan forgiveness, some borrowers may still qualify for one or more targeted student loan forgiveness programs. These groups include borrowers who attended a school that shut down. Student loans may also be forgiven for those who are totally and permanently disabled. Students who were defrauded by their school – such as by being misled about job placement rates for graduates or the true cost to attend the school – may also be eligible.

William Chittenden does not work for, consult, own shares in or receive funding from any company or organization that would benefit from this article, and has disclosed no relevant affiliations beyond their academic appointment.