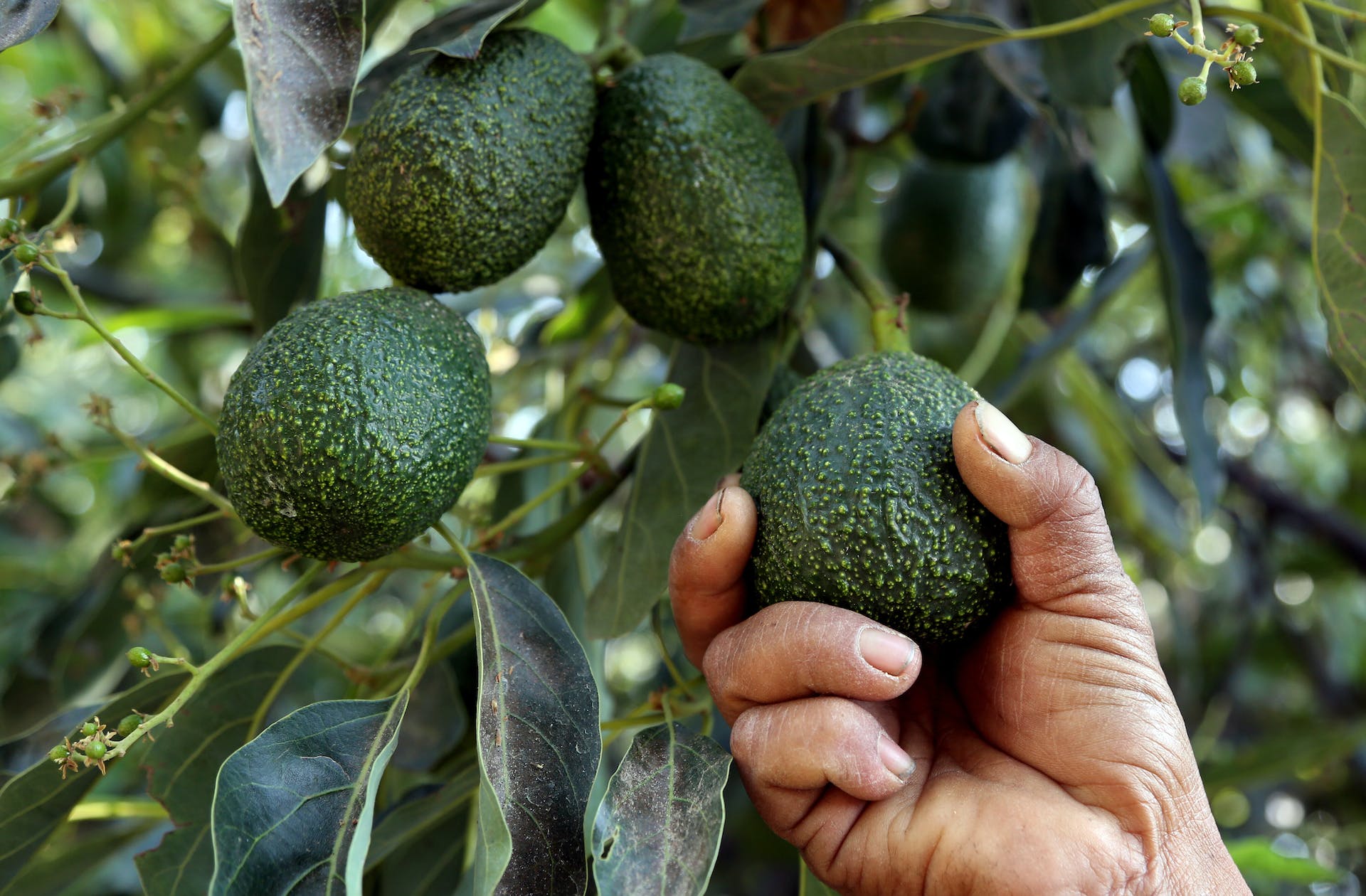 Thanks to the high prices they command, avocados are sometimes referred to as ‘green gold.’ Jose Castanares/AFP via Getty Images

To the relief of avocado lovers from coast to coast, the recent drama between the United States and Mexico was fleeting.

The U.S. Department of Agriculture banned imports of the fleshy fruit from Mexico on Feb. 11, 2022, after an employee of its Animal and Plant Health Inspection Service, who was working in Mexico, received threats after refusing to certify a mislabeled shipment of avocados.

With only a two- to three-week supply stored in American warehouses, any extended disruption to the avocado pipeline would have been quickly felt.

Eight days later, the ban was lifted, and cooks could resume smashing avocados into guacamole, blending them into smoothies and smearing them onto bread without trepidation.

Yet to me, this disruption – however brief – reveals just how reliant the U.S. has become on its neighbor for a product that has seen its demand soar. When I was working on my book “Avocado: A Global History,” I was struck by the extent to which this lucrative trade has evolved over the past 25 years, making it an attractive business possibility for both legitimate and criminal enterprises.

Avocados from Mexico have been fueling America’s taste for the fruit since 1997, when the U.S. Department of Agriculture lifted a 1914 import ban, which originally was implemented due to fears over pests like seed weevils infesting U.S. crops. At the time, Southern California produced about 90% of the avocados eaten by Americans.

Since then, per capita avocado consumption in the U.S. has ballooned from 2 pounds in 2001 to nearly 8 pounds in 2018.

This increase in the popularity of avocados, coupled with the limitations of domestic sources, has allowed Mexican avocados to dominate the American market. Today, Mexico – specifically, the Mexican state of Michoacán, which is the only state certified to sell the fruit to the U.S. – supplies about 80% of the 60 million pounds of avocados eaten north of the border each week.

Avocados are sometimes referred to as “green gold” because of the price they command in international commodity markets. Exports of avocados from Mexico were valued at nearly US$3 billion in 2021, ahead of both tequila and beer, two other popular Mexican exports. The average price of an avocado is up 10% from a year ago; during the brief ban, the price of a carton of the fruit catapulted to nearly $60, up from around $30 a year ago.

Currently, less than 1% of avocados eaten in the U.S. come from places other than Mexico and the U.S. Countries like Peru and Colombia also produce the fruit.

Cartels want their piece of the pie

In Mexico, the high profit margins of the avocado trade attracted the interest of crime cartels, and those operating in Michoacán began to infiltrate the avocado business more than 20 years ago.

As various cartels have vied for control of the avocado industry, violence and extortion have escalated in the region. In the beginning, cartels were content to extort farmers, packers and exporters – in essence, taxing them for the ability to do business without interference from the cartels. 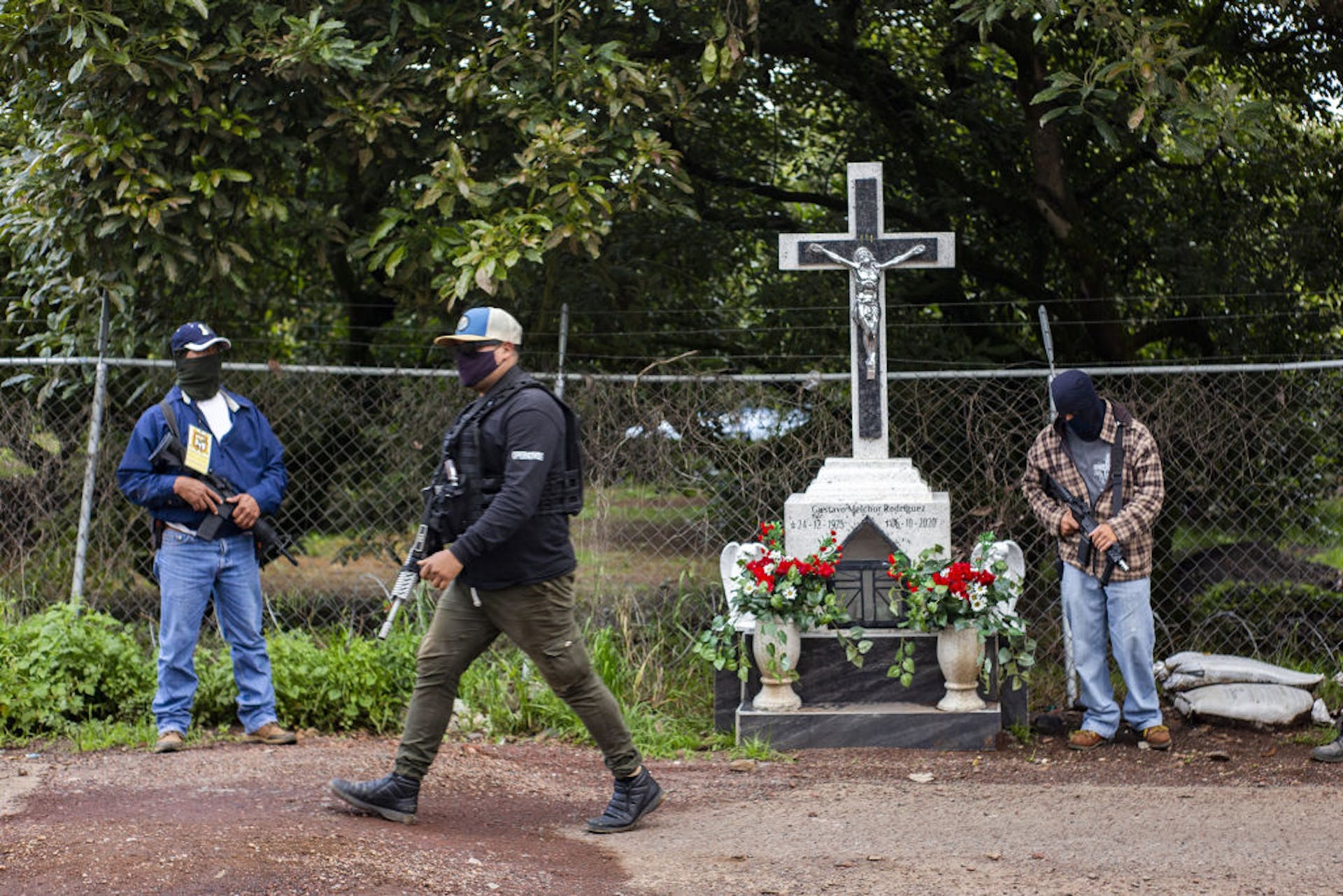 Members of a self-defense group guard an avocado plantation from drug cartels in the state of Michoacán, Mexico. Enrique Castro/AFP via Getty Images

But a bloody turf war has intensified in recent years.

In 2019, the Jalisco New Generation Cartel killed nine people in Uruapan, Michoacán’s hub of avocado distribution, hanging their corpses from a prominent overpass in the city. They dumped seven more bodies on the side of a road, leaving a banner at the scene that taunted a rival gang, the Viagras. There are even reports of cartels using drones to drop bombs as part of their efforts to control the economy of the region.

Threats directed at inspectors have happened before. While no individual cartel has been directly tied to a specific threat, U.S. officials seem to think the threats are linked to increased cartel participation in the avocado trade.

In 2019, a team of USDA inspectors working in Ziracuaretiro, a city just west of Urupan, were robbed and threatened with violence. Later that year, the USDA wrote a memo stating it would suspend inspection activities if threats of physical violence and intimidation against inspectors continued. After the most recent threat, the USDA referenced this memo when announcing the temporary import ban.

The Hass holds all the cards

Mexican president Andrés Manuel López Obrador dismissed the notion that the suspension was due to cartels associated with the avocado trade. Instead, he blamed unspecified political interests in the U.S. and pressure from other countries who want a share of the lucrative American avocado market.

One of the reasons the U.S. began allowing Mexican avocados to be imported over the objection of domestic growers was NAFTA. The U.S. wanted the ability to send corn and other agricultural goods to Mexico under the rules of the 1994 free trade agreement. But the Mexican government demanded some sort of agricultural export quid pro quo to help balance trade between the two countries, and avocados were ripe for the job.

The recent brief disruption underscores the risks of being so heavily reliant on a product that comes from one region in one country that’s rife with violence and corruption.

Yet it isn’t easy to simply open up an avocado spigot from another country. Americans really prefer just one variety of avocado: the Hass, which is the type imported from Mexico. While the U.S. allows Hass avocado imports from Peru and Colombia, wholesalers prefer not to sell them because they’re thought to be lower quality. Hass is the dominant variety grown in California, too, but American growers can’t grow nearly enough to meet the demand.

Greenskin avocados, which are grown in Florida and the Caribbean, along with many other countries, aren’t nearly as popular with consumers due to textural differences and the fact that they don’t change color to indicate when they are ripe. Greenskin avocados could ease U.S. dependence on Mexican avocados, but until they gain acceptance by avocado eaters, they won’t help wean Americans off the Hass avocados grown in Michoacán.

Avocados might be a source of political tension, but their unicorn status as a creamy, delicious food that’s considered healthy makes most people willing to put politics aside and pass the guacamole.

Jeffrey Miller does not work for, consult, own shares in or receive funding from any company or organization that would benefit from this article, and has disclosed no relevant affiliations beyond their academic appointment.