How burying the dead keeps the living human 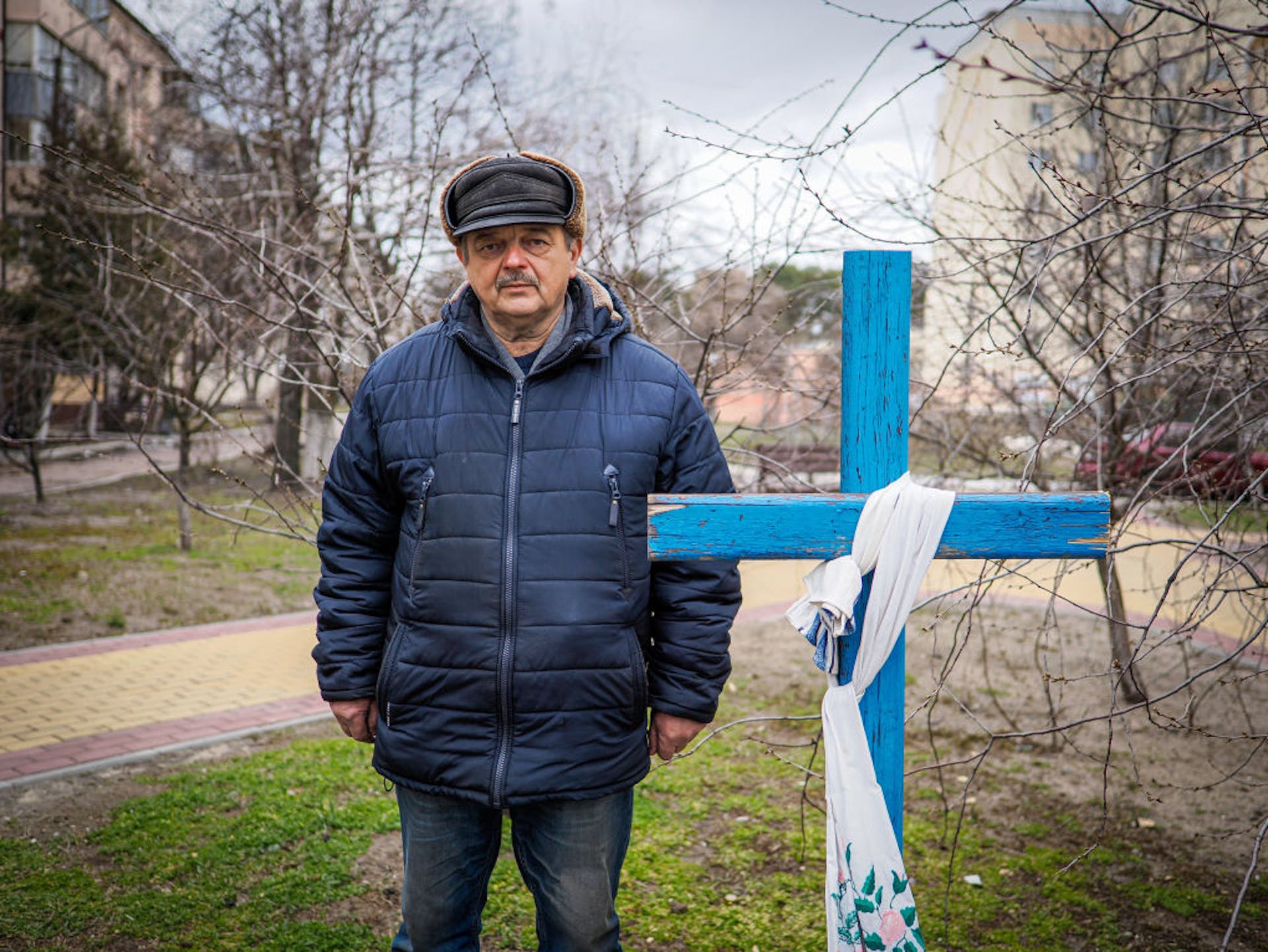 A man identified only as Viktor shows his neighbor’s grave in Bucha, Ukraine. It was too dangerous to go to the cemetery. Jana Cavojska/SOPA Images/LightRocket via Getty Images

Olena Koval found out that her husband was dead via text message. He was shot by Russian soldiers inside their home in Bucha while she was sheltering nearby, their neighbors told Human Rights Watch. In the days that followed, despite the brutal cold and her spinal disability, she made repeated attempts to recover his body but was turned back each time by the soldiers’ threats.

As the atrocities escalated, Olena fled Bucha to save her remaining family. Before their departure, she left a note with a neighbor that marked where her husband’s body was, hoping someone could give him a burial.

War is synonymous with death, but its emotional toll extends beyond the loss of life. The inability to say farewell to one’s loved ones and lay them to rest can often be just as painful.

Humans have always cared for their dead – so much that archaeologists often consider mortuary rites among the traits that distinguish Homo sapiens from other species. In other words, it is a fundamental part of being human.

Humans’ close relatives also showed concern for the dead. The Neanderthals practiced burials, and other extinct hominids probably did too. Even chimpanzees appear to grieve over deceased relatives. But no other species goes to such extraordinary lengths to care for its dead.

As an anthropologist, I have spent two decades studying rituals, particularly those that can seem “extreme.” At first glance, these customs seem puzzling: They appear to have no direct benefits but can feel utterly meaningful. A closer look, however, shows that these seemingly senseless acts express deeper, profoundly human needs.

Take funerary rites. There is a practical need to dispose of a dead body, but most burial customs go far beyond that requirement. Among the Toraja people of Indonesia, for example, deceased family members are kept in their homes for months or even years. During that time, their relatives treat them as if they were still living: They offer them food, change their clothes, and bring them the latest gossip. Even after their funeral, their mummified bodies are exhumed, dressed up, and paraded around town on ceremonial occasions. 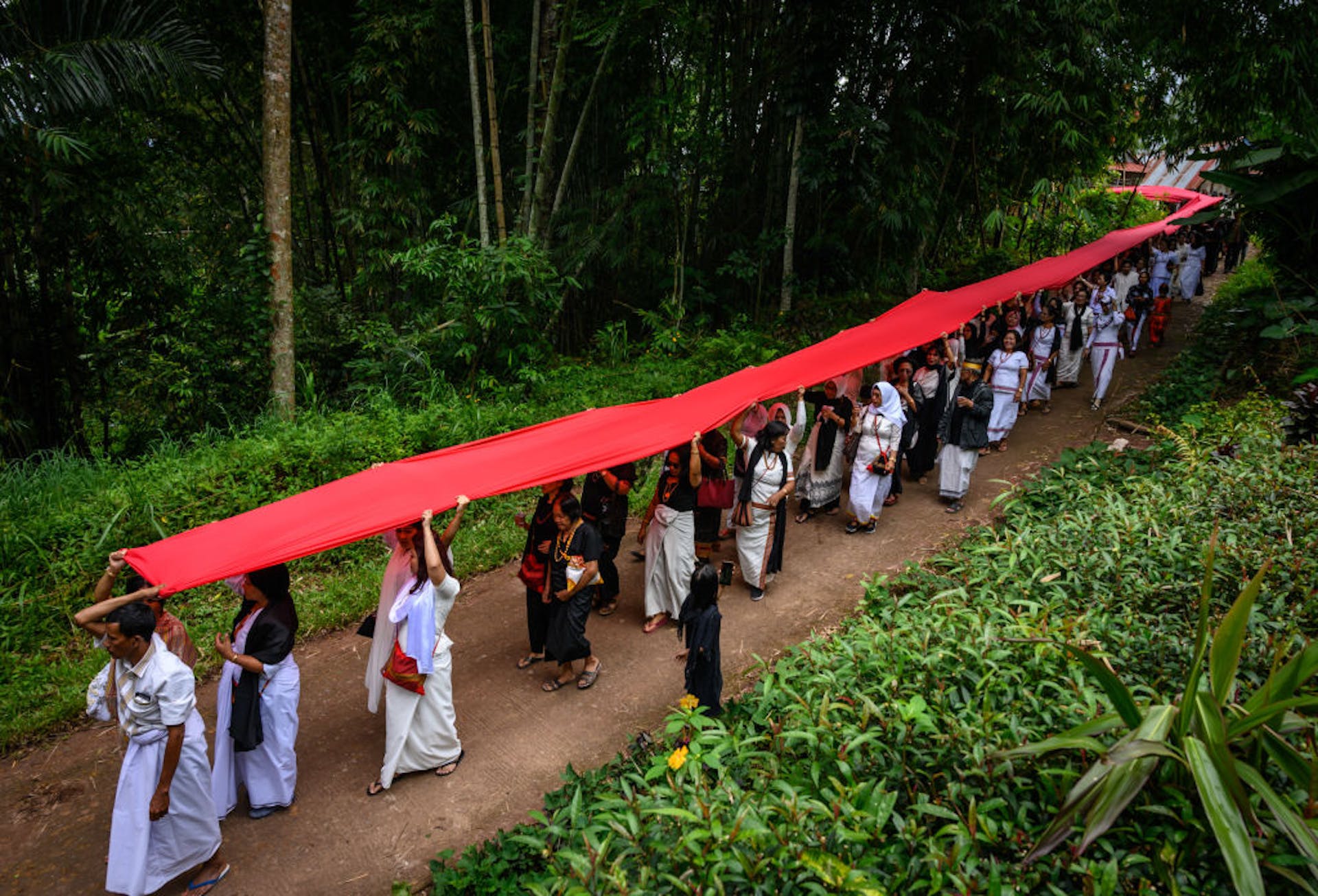 The Toraja are not alone. In Madagascar, I have visited communities where people lived in fragile reed huts, at the mercy of frequent deadly cyclones, as the only robust brick-and-mortar buildings in the area were used as tombs. And in the ancient city of Petra in Jordan, the architectural masterpieces carved into the rock by the Nabataeans two millennia ago were resting places for the dead.

Those practices may seem like outliers, but they are not. In all cultures, people clean, protect, embellish and carefully deposit their dead. Muslims wash and shroud the body before interring it. Hindus may bathe it with milk, honey and ghee and adorn it with flowers and essential oils before cremation. Jews keep watch over the deceased from the time of death until the burial. And many Christians hold wakes at which family members gather to pay tribute to the deceased.

Funerary rites are ostensibly about the dead. But their importance lies in the roles they play for the living: They allow them to grieve, seek comfort, face the reality of death and find the strength to move on. They are deeply human acts, which is why being deprived of them can feel devastating and dehumanizing.

This is what is happening in Ukraine.

In besieged cities, people cannot retrieve the bodies of their loves ones from the streets out of fear of being killed. In other cases, Ukrainian officials have accused the Russian army of burying victims in mass graves to hide war crimes. Even when they are retrieved, many of the corpses have been mutilated, making them difficult to identify. To people who have lost their loved ones, the lack of a proper send-off can feel like a second loss.

FILE - Tanya Nedashkivs'ka, 57, mourns the death of her husband on the site where he was buried, in Bucha, on the outskirts of Kyiv, Ukraine, Monday, April 4, 2022. (AP Photo/Rodrigo Abd)

The need for closure is widely recognized to be indispensable – not only by anthropologists and psychologists, but also first responders, governments and international organizations. This is why armies go to great lengths to return the remains of fallen soldiers to their families, even if that takes decades.

The right to a burial is acknowledged even for one’s foes. The Geneva Convention stipulates that belligerents must ensure that the bodies of enemies are “honorably interred” and that their graves are respected and “properly maintained and marked so that they may always be found.”

Given the importance of those rites, it is also striking that the Russian defense ministry has reportedly been reluctant to bring their own dead back home, because they are concerned with covering up the scale of the losses. This seeming indifference to the suffering of Russia’s own people and their need for closure may be yet another act of dehumanization.

Explore the intersection of faith, politics, arts and culture. Sign up for This Week in Religion.

Dimitris Xygalatas does not work for, consult, own shares in or receive funding from any company or organization that would benefit from this article, and has disclosed no relevant affiliations beyond their academic appointment.